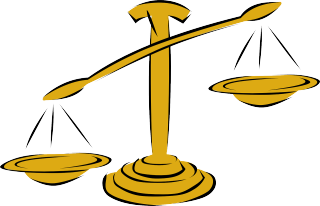 Robert Indiana’s estate is estimated at $50 million. Many people are interested in it and where it will go.

There are a number of attorneys involved in the estate of the late “LOVE” artist Robert Indiana. A major question has arisen, on whether the legal proceedings should be public or private, according to the Press Herald in “Attorneys want hearings on the value of Robert Indiana’s estate held behind closed doors.”

No less than eight attorneys representing individuals and organizations connected to Indiana, creator of the “LOVE” sculpture, are asking that future hearings be held in closed sessions to protect people’s privacy and the value of some of his works of art, it reports.

Atty. James Brannan, who represents Indiana’s estate, is requesting information in a testimonial hearing to better determine the estate’s value.

Due to the disagreement, Judge of Probate Carol Emery postponed the testimonial hearing and set a new date for a hearing in mid-September. The first scheduled witness will be Indiana’s caretaker, Jamie Thomas.

Brannan has petitioned the court to order Jamie Thomas, the Morgan Arts Foundation, Michael McKenzie and American Image to provide documentation on any assets they may have, that belong to the estate, including contracts for royalties.

The attorneys representing Thomas said he’s concerned about confidential matters becoming public. The judge has asked attorneys to file arguments on how she can justify closing the proceedings. It’s not easy to do, because of the First Amendment.

The attorney said the publication of information about where pieces of art are located would create a safety issue and information about the number of existing artworks could have an impact on the value of pieces that are up for sale.

Indiana’s will wanted proceeds from the estate to be used to restore his home to museum quality and serve as an art environment that would be open to the public for classes and lectures, and to preserve his collection and the property itself.

The will directed that Jamie Thomas be the executive director of the museum.