« Do You Know When to Update a Will? | Main | What If Your Kids Don’t Want Your Treasures? »

What Happens when Seniors Outnumber Caregivers? 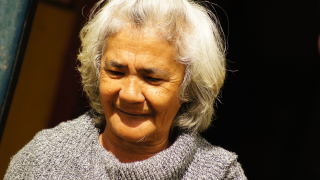 A look at Japan may give U.S. a clue of the results of a shortage of caregivers to assist the elderly.

An increasing aging population in the U.S. may result in problems, including not having enough trained caregivers to assist the aging populace, as well as funding the proper care for seniors. A quick look a Japan reveals some strange results from the problems, according to Quartz in "Nearly 20% of women inmates in Japan's prisons are seniors."

About one-quarter of elderly Japanese women are living in poverty. To get enough to eat and to have shelter, they are turning to minor crimes such as shoplifting so they will get arrested and go to jail. In jail, they have beds and are served three meals a day.

This phenomenon of sorts forces Japan to deal with their aging population and the lack of caregivers by spending money to provide the care in prison, instead of on the outside.