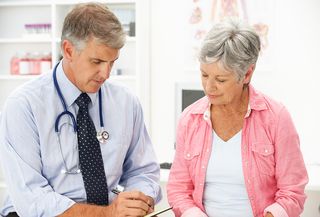 ACA replacement expected to lower premiums but become a major concern to the aging U.S. population.

Older Americans should pay close attention to the Republican plan to replace the Affordable Care Act and reduce premiums, according to The New York Times in "No Magic in How G.O.P. Plan Lowers Premiums: It Pushes Out Older Americans."

The Congressional Budget Office estimates that the proposed American Health Care Act, the congressional replacement for the Affordable Care Act proposed by House Republicans and backed by President Trump, will lower premiums and reduce the number of people with health insurance.

The AHCA would allow health insurers to charge older people considerably more for insurance than they are currently allowed to charge. It would also offer a smaller subsidy for many people to help pay for that insurance.

Many Americans between the ages of 50 to 64 would potentially pay much more out of pocket to maintain health insurance coverage. However,  since many could not do so, they would eventually stop purchasing insurance.

What would be the likely result?

Insurance pools would be dominated by younger people who are cheaper to cover and thus their premiums would go down.

Reference: The New York Times (March 14, 2017) "No Magic in How G.O.P. Plan Lowers Premiums: It Pushes Out Older Americans."